Papua New Guinea (PNG) is located in the south west of the pacific and encompasses the eastern half of the New Guinea landmass, and some offshore islands. It is home to close to 8.3 million people and more than 800 local languages, it does however have 3 official languages: English, Hiri Motu, and Tok Pisin.

PNG is the largest Pacific Island country by both population and land area, and is the only Pacific Island country to bridge the Pacific and South East Asia, by sharing a land border with Indonesia. Papua New Guinea has several volcanoes, as it is situated along the Ring of Fire. Volcanic eruptions are common, and the area is prone to earthquakes and tsunamis because of this, as well.

Europeans had known about New Guinea since first sightings by Portuguese and Spanish navigators in the early 1500s,  but it wasn’t until 1828 that the Dutch claimed sovereignty over the western part of the island, and later the Australians over the eastern part. In 1975 PNG gained full independence. 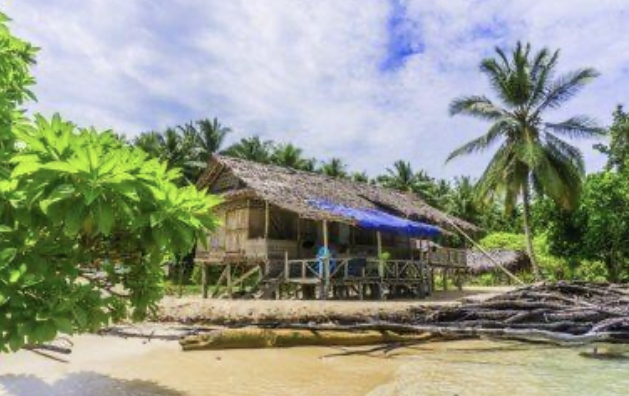 The country is one of the world’s least known and least developed regions. Large parts of the country are covered by dense forests that house tribes that are still untouched by the modern-day way of life. The country hosts many secrets and the people living here often follow strange customs and traditions. PNG has 600 islands and a terrain that is geographically very isolated by volcanoes and mountains. With 87% of the total population living in rural areas that are often isolated by vast terrain and few transport options, many of the local communities have evolved in total isolation from each other so do not share or speak the same local language, or practice the same customs. Many communities still function through wantok systems (which means “one talk”, with their own customary laws, systems and practises some of which are partially or wholly recognised by PNG’s constitution. The wantok system plays an important role in society – after family it is the most important social structure. However, this customary law is often prejudiced against women, and most elected community leaders are older men.

With so many islands evolving in isolation for thousands of years, Papua New Guinea has a diverse array of natural resources, flora and animals. More than 20,000 species of plants grow in PNG, and it is well-known for having a large collection of orchid species which numbers over 3,000. In addition the land is home to 250 species of mammals, 600 fish species, and 760 species of birds. However, this land is also a prime target for developers – logging and sea-bed mining are slowly eroding some of the natural resources and the homes of some of this unique wildlife.

Outside of some known conflict zones, Papua New Guinea is estimated to have one of the highest rates of violence against women on earth. The Australian Federal Police have described this gender-based violence as a pandemic! Several cultures in PNG are still deep believers in superstitions. “Black magic” is still prevalent in many parts of the nation, and many women in the country are labelled as witches and killed. About 50 to 150 women are killed as alleged witches every year in this country. In addition to a high rate of violence, some of the world’s most recent cases of cannibalism have also been reported in PNG.

Port Moresby also referred to as Pom City or just Moresby, is the capital, and largest city of PNG. The city is situated on the eastern shore of Port Moresby Harbour of the Gulf of Papua and takes its name from Captain John Moresby who arrived in 1873. Port Moresby is well-known for its crime – in particular car jackings, robbery and muggings are common. There is a great deal of concern about the level of crime and civil disorder and about the ability and willingness of the police to cope. The Port Moresby Port sits on the south-eastern coast of Papua New Guinea and overlooks the Fairfax Harbour. There are no wharf mounted cranes, however similarly to other south pacific islands, mobile cranes are used to discharge containerised and bulk cargo, and to move containers around the port area. Papua New Guinea mainly exports gold, copper, palm oil and coffee, and its main export partners are Australia, Japan, Germany, China and Singapore. Core imports are fuel, rice, vehicle, machinery and equipment. The major economic sectors in Papua New Guinea are: Agriculture and Livestock, Forestry, Mining and Petroleum, Tourism and Hospitality, Fisheries and Marine resources, Manufacturing, Retailing and Wholesaling, Building and Construction, Transport and Telecommunications, and Finance and Business Trade.

And now for some fun facts about Papua New Guinea:

Lighterage and the South Pacific!